Quota for Disabled in Panchayats

The Chhattisgarh Cabinet has approved an amendment to the State Panchayati Raj Act, 1993, which makes mandatory the presence of a person with disabilities in all panchayats across the state.

The President of India has given assent to the Maharashtra Media Persons and Media Institutions (Prevention of Violence and Damage or Loss to Property) Bill, 2017.

As per the National Crime Records Data (NCRB), more than 35% cases registered under the Unlawful Activities (Prevention) Act (UAPA) were recorded in Manipur. 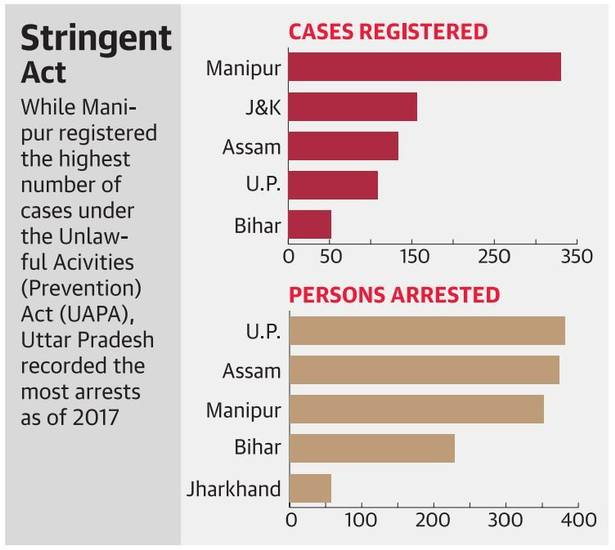 Bangladesh is to be the first country to approve golden rice planting in the country.

The Sumatran rhinoceros has become extinct in Malaysia, after the death of the last rhino in the country.

The world’s longest tunnel (8.8km) above 10,000 feet -Rohtang Tunnel is under construction to connect villages in Lahaul-Spiti (Himachal Pradesh) to the rest of the country even during winters.

The Railway Board Chairman has inaugurated the Indian Railways Institute of Financial Management (IRIFM) at Moula Ali in Hyderabad.

Editorial on Implementation issues with the MGNREGA