The first-ever comprehensive National Nutrition Survey has been conducted by the Ministry of Health and Family Welfare and the United Nations Children Fund (UNICEF) to measure the level of malnutrition in India.

The government is forming a task force to prepare a National Action Plan on Human Rights (NAPHR) as mandated under the UN Human Rights Council’s (UNHRC) Universal Periodic Review (UPR).

Recently, the Government of Meghalaya has decided to exclude ‘unrepresented tribes’ from the provisions of the Sixth Schedule of the Constitution.

The India Meteorological Department (IMD) will collaborate with meteorological agencies in China and Pakistan, among others, to provide climate forecast services to countries in the Hindu-Kush-Himalayan (HKH) region. 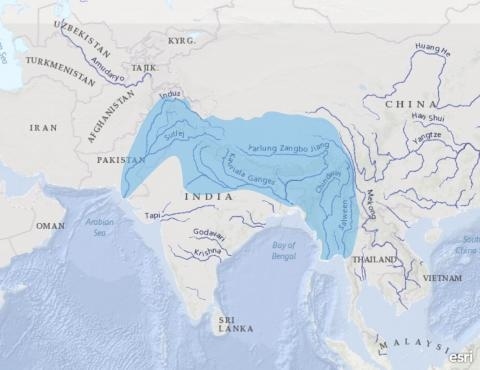 The Information Fusion Centre for the Indian Ocean Region (IFC-IOR) that was set up last year (in 2018) has started functioning as an information-sharing hub of maritime data. Saturn: Planet with Most Moons

Recently the discovery of 20 new moons of Saturn has made Saturn the planet with the highest number of moons (82) against 79 moons of Jupiter.

The Ganga Aamantran Abhiyan is an exploratory open-water rafting and kayaking expedition on the Ganga River that is to be held between 10th October 2019 to 11th November 2019.