The Union Finance Minister has announced Rs 1.70 lakh crore relief package under the newly framed Pradhan Mantri Garib Kalyan Yojana for the poor to help them fight the battle against CoronaVirus (COVID-19). 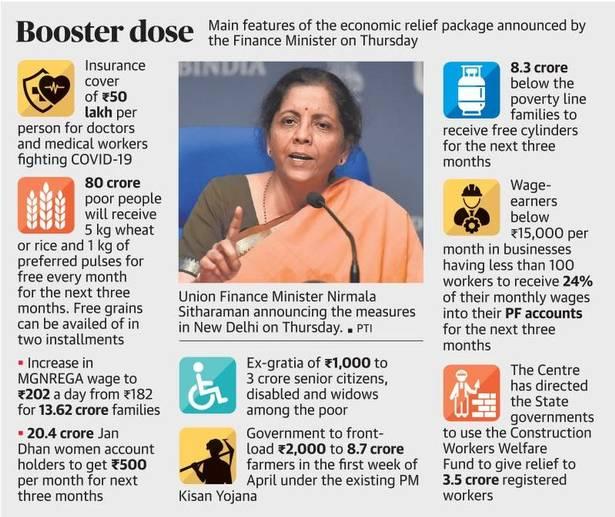 Immediate Impact of the Announcement on the Market

Analysis of the Package

Recently, the Government has developed a platform which will host webinars by All India Institutes of Medical Sciences (AIIMS) doctors for healthcare workers across the country.

All India Institutes of Medical Sciences

Recently, the Defence Research and Development Organisation (DRDO) has developed a ventilator and plans to produce 5,000 of them per month to treat COVID-19 patients.

Recently, an extraordinary Virtual G20 Leaders’ Summit has been convened to discuss the challenges posed by the outbreak of the COVID-19 pandemic and to forge a global coordinated response.

Editorial on Budget and Education