Recently, the Union Ministry of Environment, Forests & Climate Change has drafted a National Resource Efficiency Policy, in order to double the recycling rate of key materials and enable the upcycling of waste. 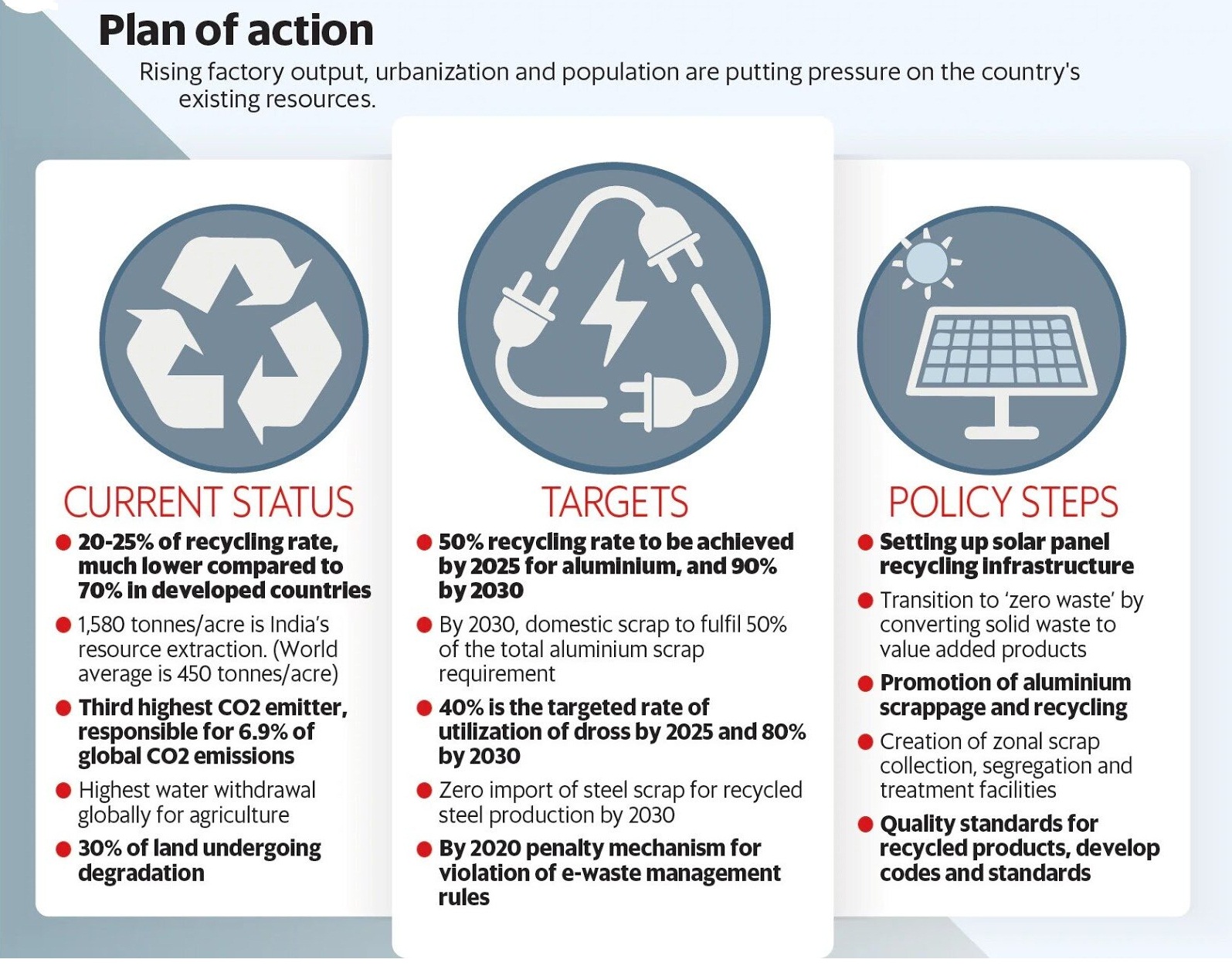 Right To Be Forgotten

Recently, the European Court of Justice has allowed Google not to remove the links related to sensitive personal data worldwide.

Right to be Forgotten in Indian Context

A recent study has found that curcumin in nanoparticle form has the potential to enhance the efficacy of Bacille Calmette-Guérin (BCG) vaccine, used against Tuberculosis (TB).

Since January 2018, nearly 130 tonnes of waste has been brought down from the Siachen Glacier and disposed of. Recently, the Ministry of Information and Broadcasting has announced the Dadasaheb Phalke Award for 2019 will be presented to Amitabh Bachchan.