Recently, the Cabinet Committee on Economic Affairs has approved the proposal of the Ministry of Earth Sciences (MoES) on the Deep Ocean Mission (DOM). 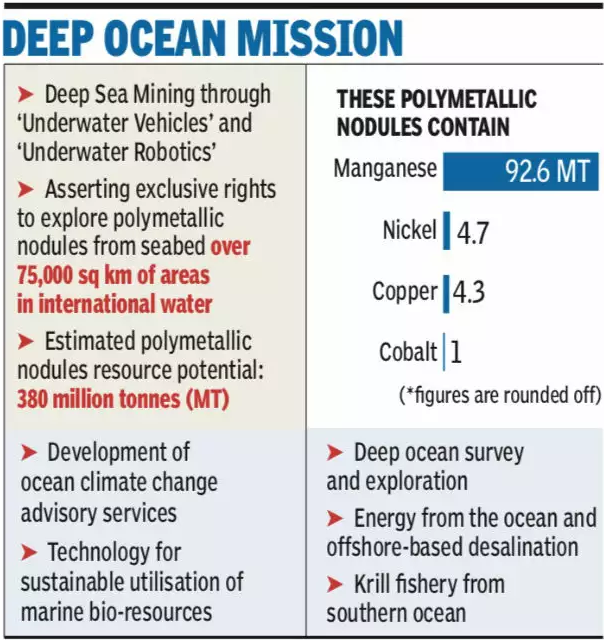