The latest data from Sentinel-3 World Fire Atlas showed that, compared to August 2018, there were almost five times as many wildfires across the world in August 2019. 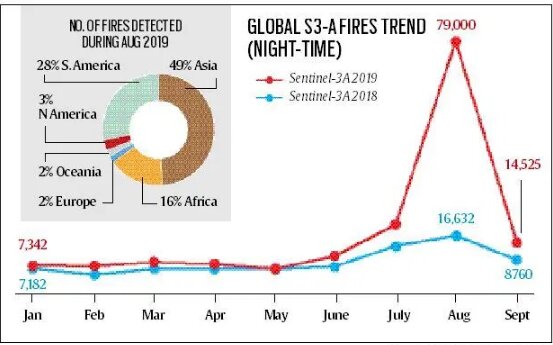