More than 900 hectares of forest land has been gutted in wild-fire in Uttarakhand. The number of forest fires shot up to 14,107 from 4,225 between November 2018 and February 2019, according to the Real-Time Forest Alert System of the Forest Survey of India (FSI). 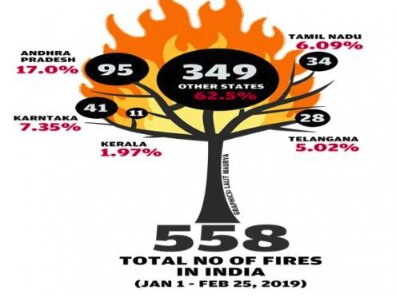 There are three basic types of forest fires:

The Effects of Fire on Ecosystems