For Mains: Fiscal Consolidation Approach in the Budget 2022.

The Union Budget 2022-23 has projected a fiscal deficit of 6.4% of nominal GDP, a narrowing from the 6.9% assumed in the revised estimates for the current fiscal year ending on 31st March, 2022.

What was the Economic Context to this year’s Budget Formulation?

What are the Key Shortcomings in the Budget-22 in this Regard? 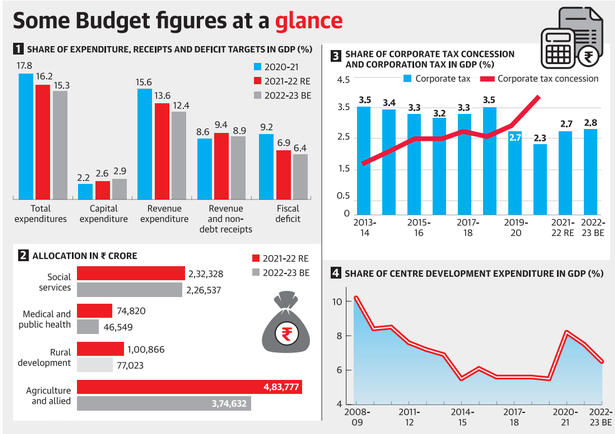 What are the Implications for Development Spending?

What is the Concern from a Macroeconomic Perspective?