As per the data released by the National Statistical Office, India’s Gross Domestic Product (GDP) growth slipped to a 26-quarter low of 4.5% in the second quarter (Q2 i.e. July-September) of the financial year 2019-20. 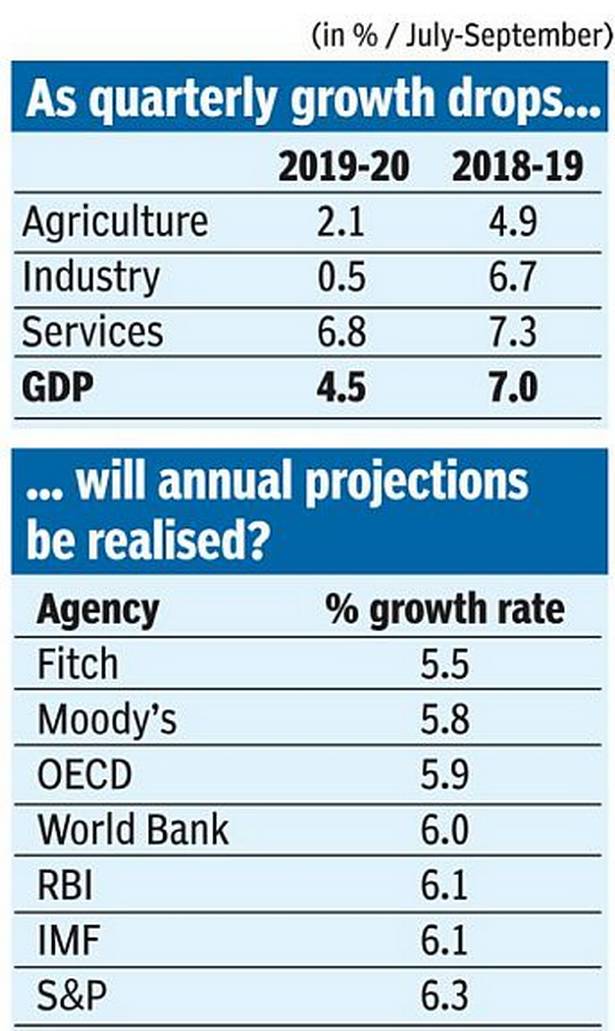