Shifting Gears: Private Investment as the Key of Growth, Jobs, Exports and Demand

This chapter provides a brief overview of the Economic Survey and talks about India’s achievement in the past five years and shares a blueprint for the next five years. 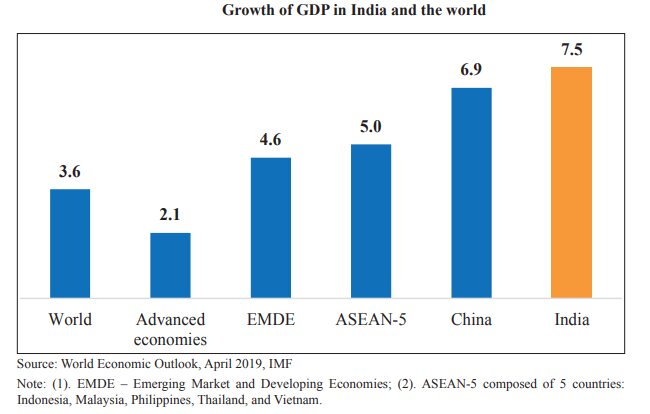 Next Five Years: A Blueprint for Growth and Jobs

Why a virtuous cycle over a vicious cycle?

How to enable self sustaining virtuous cycle?

Going Beyond the Economics of Equilibrium in the Blueprint

Navigating a World of Constant Dis-Equlilbrium 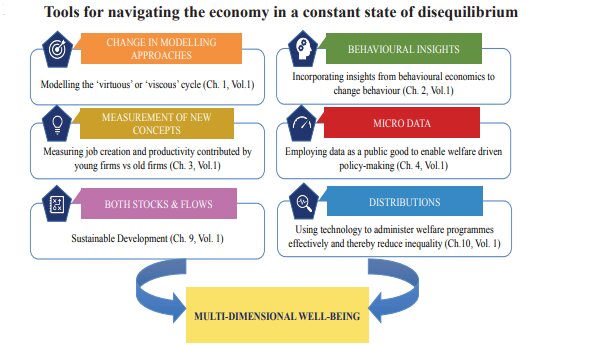 Policy For Homo Sapiens, Not Homo Economicus: Leveraging the Behavioural Economics of “Nudge”

This chapter deals with behavioural economics and its application in the government policies to achieve socially relevant outcomes and also lays out an ambitious agenda for social change. 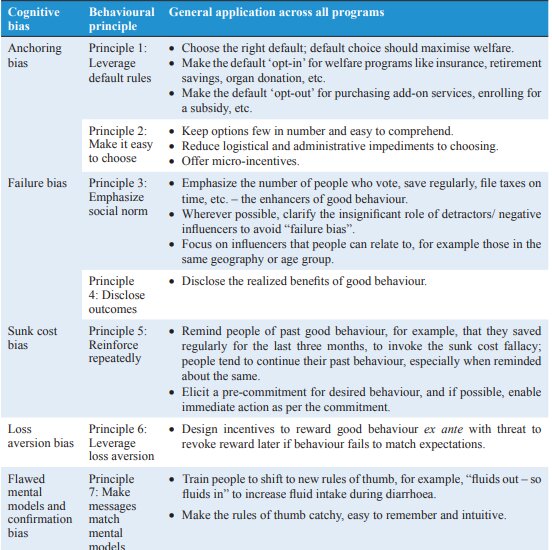 An Aspirational Agenda for Path-Breaking Change 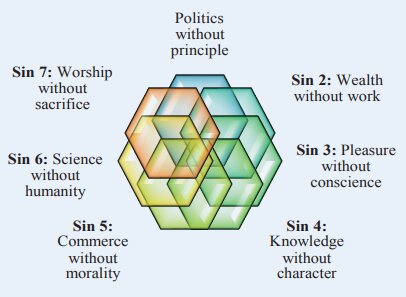 The Bane of Dwarfism 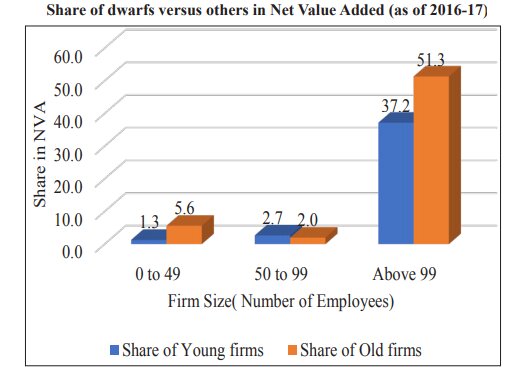 Prior, to labour reforms of 2014-15, the growth story of Rajasthan has been similar to rest of India. But after reforms both number of large firms and Compound Annual Growth Rate increased significantly.

To unshackle MSMEs and thereby enable them to grow, all size-based incentives must have a sunset clause of less than ten years with necessary grand-fathering. Deregulating labour law restrictions can bring significant thrust to jobs creation. Following suggestions are made:

The chapter highlights the importance of data in today’s digital economy and how democratisation of data for public welfare can transform India. It talks about issues related to data and suggests a pathway for building a resilient data ecosystem.

The Economics of Data and Social Welfare 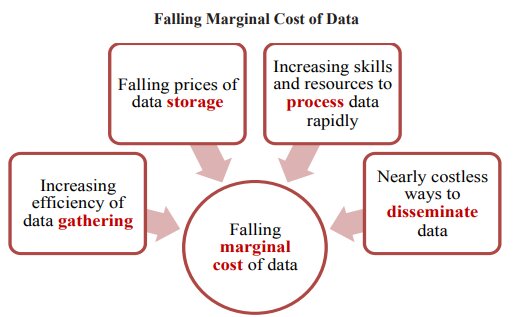 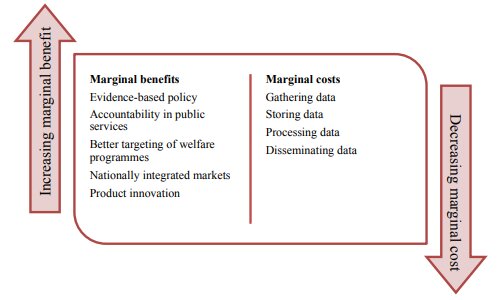 How data is being generated?

Utility of data for government

Why Must Data Be Treated as a Public Good? 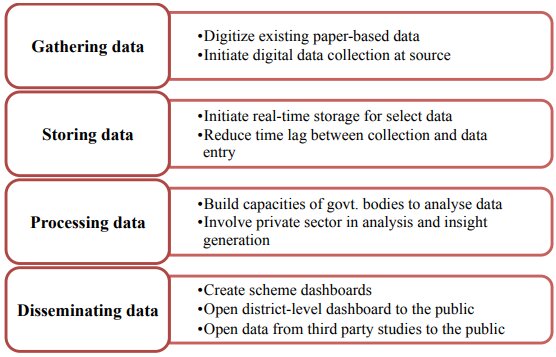 A truly digital ecosystem is achievable only when all layers of information that constitute the ecosystem are digitized. The benefits of creating data as a public good can be generated within the legal framework of data privacy. The data and information highway must be viewed as equally important infrastructure as the physical highways which can help India leapfrog to utilise the benefits of technological advances for the welfare of its people.

Ending Matsyanyaya: How to Ramp up Capacity in the Lower Judiciary

The chapter deals with judicial administration in the country especially District and Subordinate Courts (D&S courts) and evaluate its performance on parameters such as disposal time, pendency time, case types and case clearance rate. The chapter further analyses the requirement of additional judges and efficiency gains across the various levels of courts to achieve 100% clearance rate as well as to eliminate the stock of pendency in the next five years.

Efficiency and vacancies are the two crucial issues affecting the performance of Indian Judicial System and there is ample scope for improvement. Apart from them, some of the suggestions to improve the performance has been discussed below. 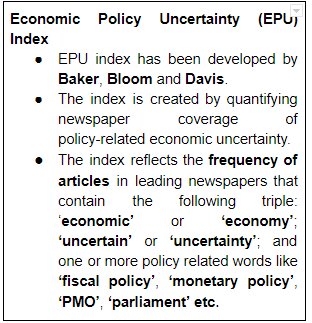 The chapter gave an insightful view of demography of India and projects the changes that are expected in the next two decades. It also laid out a future strategy to deal with demographic changes.

Total Fertility Rate : It refers to the total number of children born or likely to be born to a woman of child-bearing age in her lifetime. It is highest for Bihar followed by UP and lowest for Delhi 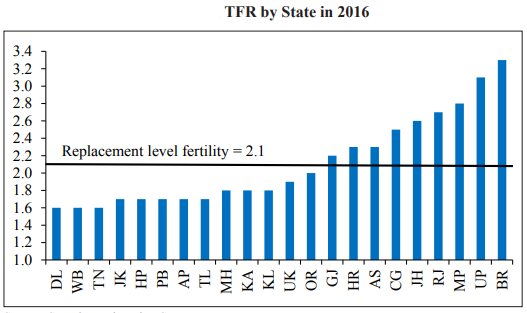 Replacement Level Fertility: TFR of 2.1 children per woman is called the replacement level fertility, which is the average number of children a woman would need to have in order for the population to replace itself.

Following projections and analysis has been done for 22 major states which accounts for 98.4% of India’s population as per Census 2011.

The chapter focuses on Gandhi's vision of clean India and highlights our phenomenal journey towards sanitation through Swachh Bharat Mission. The mission emphasizes on behavioural change as its key component and highlights its impact on various health outcomes.

Analysis of SBM on Health Issues 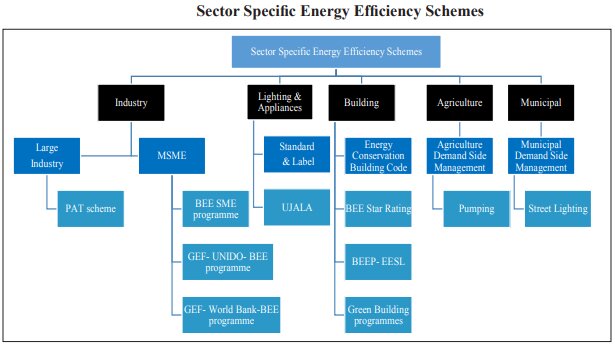 Issues with EV in India

It is important that these policies not only focus on reducing the upfront costs of owning an EV but also reduce the overall lifetime costs of ownership.

Effective Use of Technology for Welfare scheme- Case of MGNREGS

The chapter deals with technological interventions taken by the government in course correcting the pathway for MGNREGS and has evaluated the impact of these interventions.

Use of Technology in Implementing of MGNREGS

Impact of DBT on Effectiveness of MGNREGS

Redesigning a Minimum Wage System in India for Inclusive Growth

National Level Minimum Wage has always been the debated idea due to the existence of wide disparities in economic development and large variations in cost of living between regions and states. 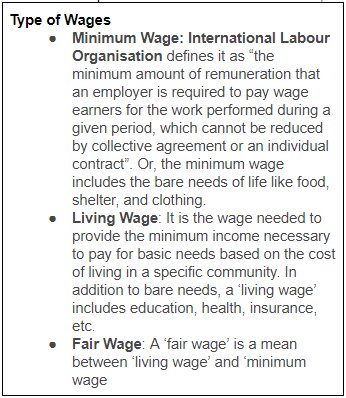 A well designed minimum wage system can have significant impact in reducing inequality and poverty complemented by other institutional mechanisms.

Policy recommendations for an effective design of minimum wages system are as follows: