Aadhar and its Voluntary Use

Recently the Parliament has passed the Aadhaar and Other Laws (Amendment) Bill, 2019 which allows voluntary use of Aadhaar as proof of identity.

Salient Features of the Bill 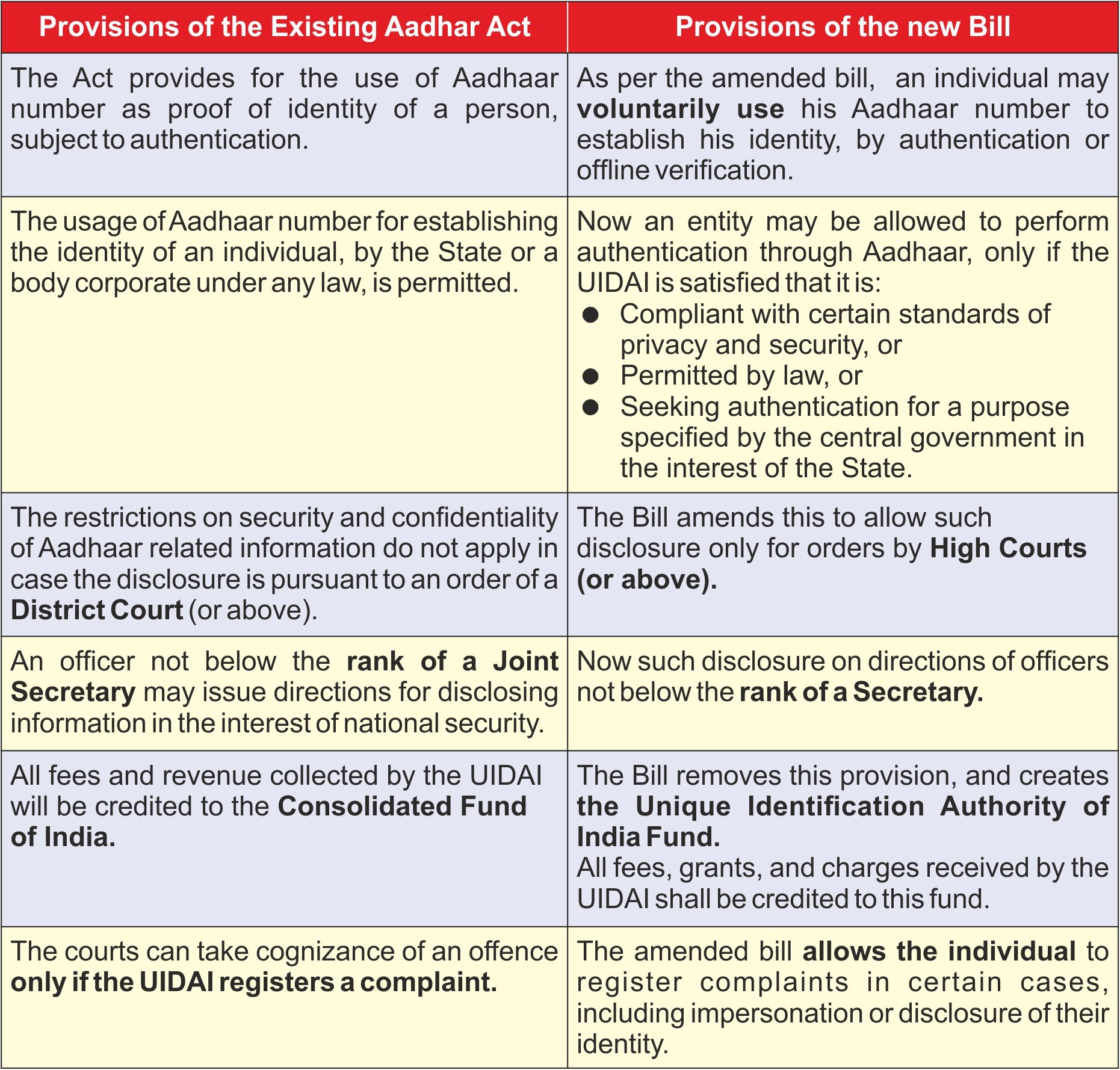 However, the opposition questioned the government’s “intentions” on clearing the bill without first bringing in law for data protection. But the Government replied that :