This article is based on “Keeping the peace: On India-China border tension” which was published in The Hindu on 22/05/2020. It talks about the recent stand-offs between India and China in the Ladakh region.

Recently, there has been an increased tension in the India-China relations, due to the Chinese transgressions into Indian territory, across the disputed Line of Actual Control (LAC) in Ladakh. This has led to a rise in the intensity of troop concentration, which may aggravate the current face-off in eastern Ladakh becoming a bigger military confrontation.

These developments can be termed as against the informal summit’s objectives, the Wuhan spirit (2018) and Mamallapuram summit (2019), between the Indian Prime Minister and Chinese President, which called for a peaceful and diplomatic resolution of any conflict.

However, it is in the interests of both India & China and global peace, to avoid any military confrontation and seek peaceful co-existence. Therefore, the immediate priority for both sides should be to use diplomatic channels and resolve the dispute peacefully.

India has responded by balancing the troops’ mobilisation but prefers a diplomatic route for resolution of any dispute. However, in a broader context, India’s policy towards China is dotted with cooperation, discord and competition.

External balancing is the forging of military cooperation with one state to deter or defeat a threat posed by another, is one of the principal means by which states cause and enhance security for themselves.

India and China are amongst the largest economies, demography, markets and militaries of the world. Therefore, it is in the interest of both the countries to adhere to the policy of Panchsheel and align their energies for development for their people, region and global peace. 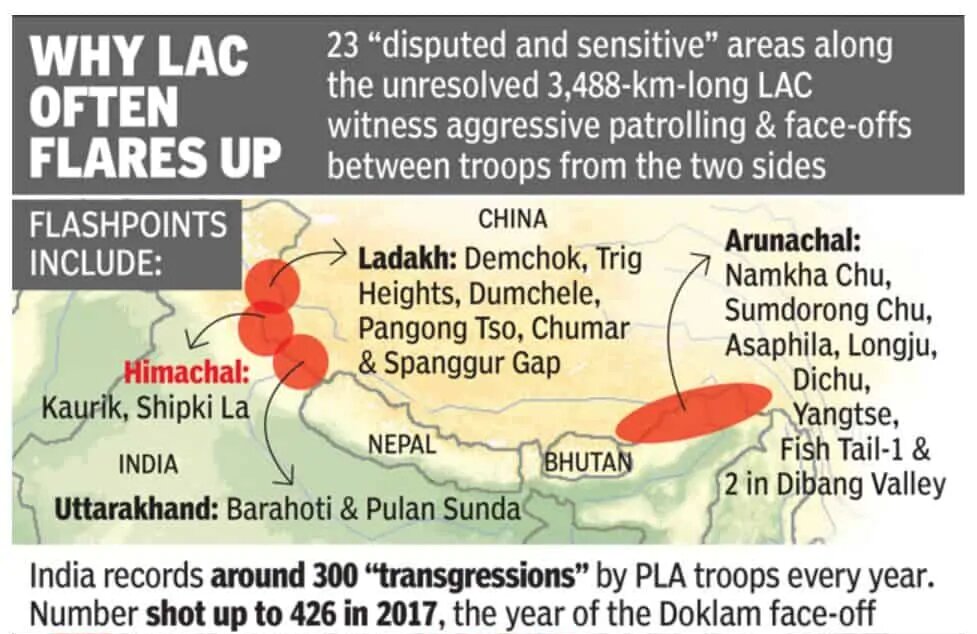 This editorial is based on “Law that produces losers” which was published in The Indian Express on May 30th, 2020. Now watch this on our Youtube channel.