This article is based on “Why is the locust surge posing a threat to agriculture in India” which was published in the Hindu on 31/05/2020. It talks about the impact of swarms of desert locust on agriculture and its linkage with climate change.

While India is grappling with several disasters like Covid-19 pandemic, Cyclone Amphan, Vizag Styrene gas leak disaster and others, the Locust Warning Organization has warned of one of the worst desert locust attacks in decades.

Swarms of desert locusts entered western India from Pakistan and destroyed crops in many states such as Rajasthan, Uttar Pradesh (UP), Madhya Pradesh.

India has not witnessed full-blown locust cycles since 1993. Heavy rains and an increasing number of cyclones, both are a result of the climate crisis, enabled unprecedented breeding and the rapid growth of locust populations on the Arabian Peninsula, last year.

The high magnitude of insects attack and their early arrival highlights a critical aspect of global warming i.e. it may link disparate disasters — floods, pandemics and pestilence — amplifying the potency of each.

Thus, to deal with natural disasters like locust attacks, there is a need to develop an integrated framework of climate change mitigation, disaster management and sustainable development.

Climate Change and Swarm of Locust 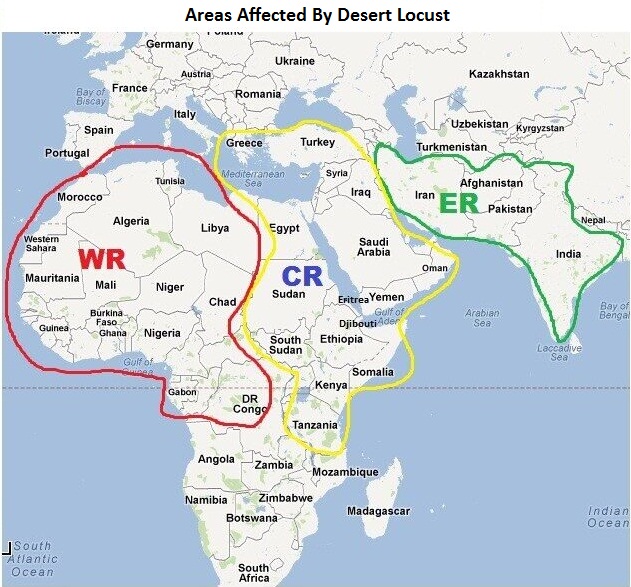 This editorial is based on “Land of the unfree: On U.S. unrest” which was published on The Hindu on June 1st, 2020. Now watch this on our Youtube channel.