Recently, authorities in Bangladesh sent the first group of more than 1,500 Rohingya refugees to an isolated Bhasan Char island in the Bay of Bengal. 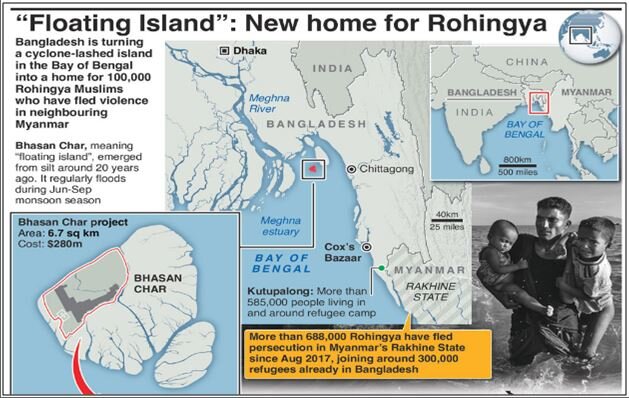