Generally, across the world, the monsoons are experienced in the tropical area roughly between 20° N and 20° S.

The climate of India is described as the ‘monsoon’ type. In Asia, this type of climate is found mainly in the south and the southeast.

Out of a total of 4 seasonal divisions of India, monsoon occupy 2 divisions, namely.

The Inter Tropical Convergence Zone (ITCZ,) is a broad trough of low pressure in equatorial latitudes. This is where the northeast and the southeast trade winds converge. This convergence zone lies more or less parallel to the equator but moves north or south with the apparent movement of the sun.

This is a name given to the periodic development of a warm ocean current along the coast of Peru as a temporary replacement of the cold Peruvian current. ‘El Nino’ is a Spanish word meaning ‘the child’, and refers to the baby Christ, as this current starts flowing during Christmas. The presence of the El Nino leads to an increase in sea-surface temperatures and weakening of the trade winds in the region.

Onset of the South-West Monsoon

Despite an overall unity in the general pattern, there are perceptible regional variations in climatic conditions within the country. 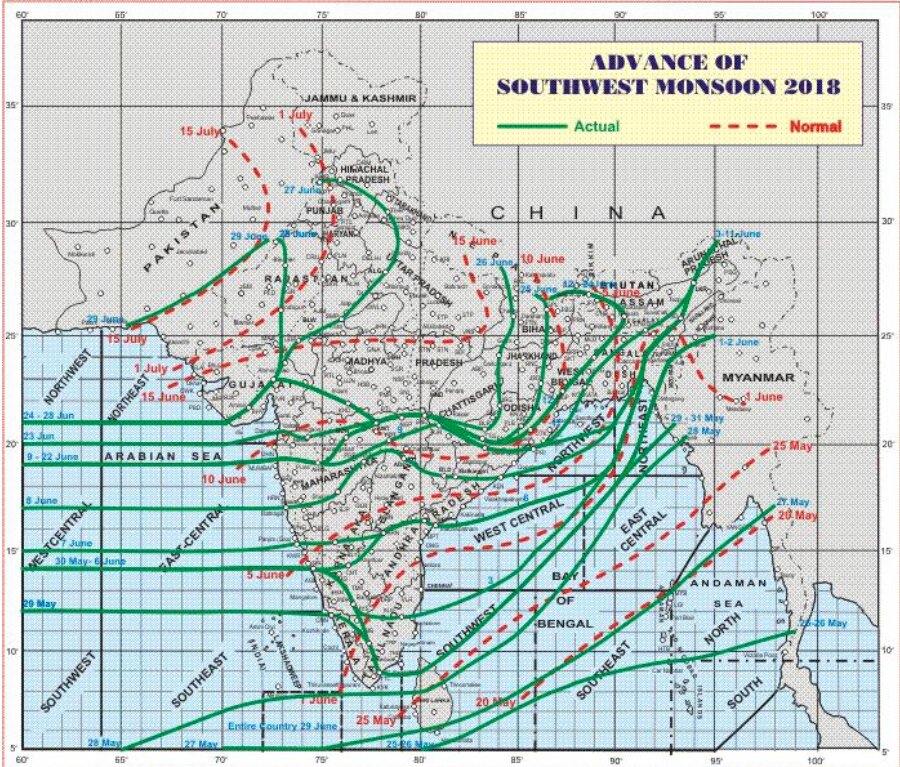 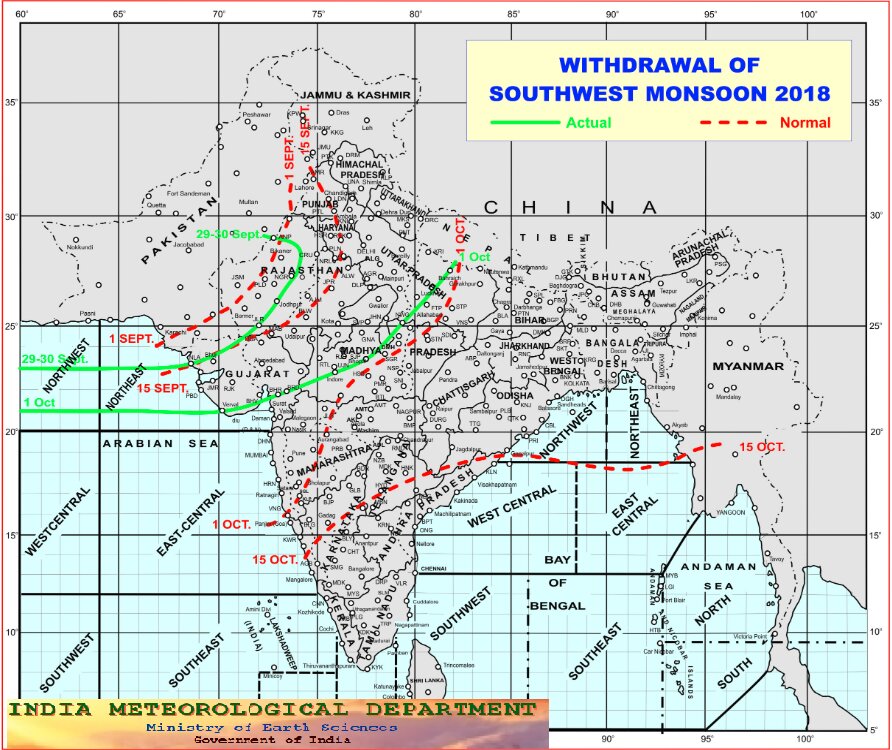 Impact of Monsoons on Life in India

It is crucial for farmers (sowing, harvesting, etc.) and policymakers (payment of compensation, minimum support price, etc.) to know when and for how long the monsoon will remain active over India. For that, better predictions and timely advisories are needed.

To achieve this following initiatives have been taken: