The Ministry of Road Transport and Highways has released the annual report on Road Accidents in India. 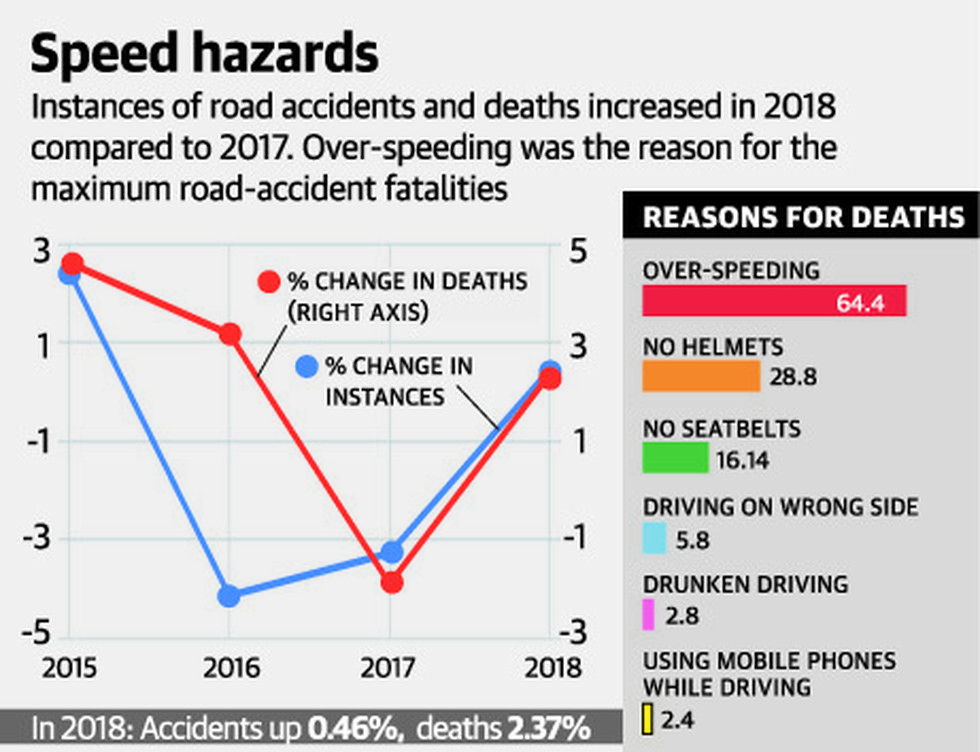