Cheruvathur in Kasaragod district, Kerala is one of the three places in the world where the solar eclipse will be most clearly seen on December 26, 2019. 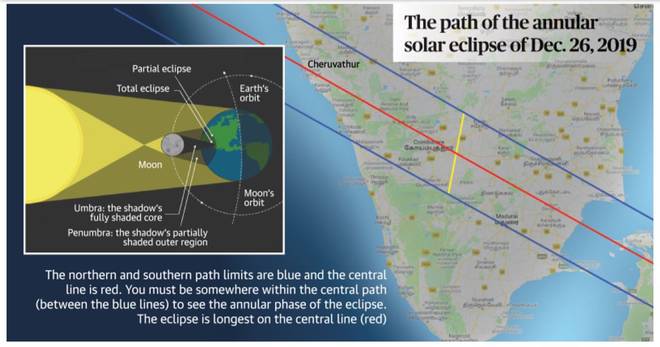