Recently, the Union Cabinet has approved a number of structural and process reforms in the Telecom sector. 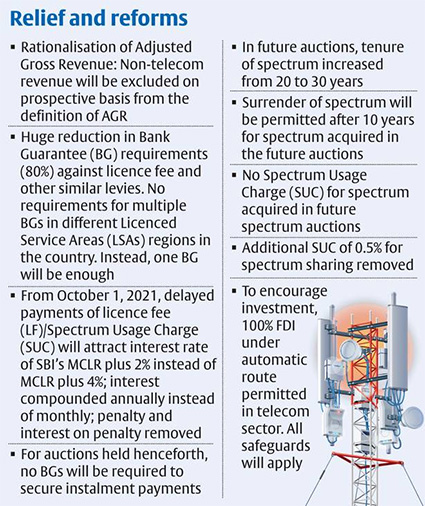 Moratorium on AGR dues and spectrum dues would only provide temporary relief with these deferred dues to be payable eventually with interest. Thus, all the stakeholders involved should find a way to develop a sustainable tariff policy.