The Reserve Bank of India has made it mandatory for all banks to link all new floating rate loans (i.e. personal/retail loans, loans to MSMEs) to an external benchmark with effect from 1st October 2019. The move is aimed at faster transmission of monetary policy rates. 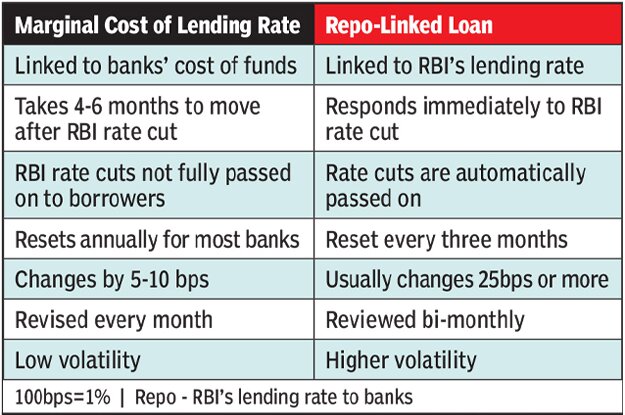