According to a report (Mid-Year Trends 2021 Report) by the United Nations High Commissioner for Refugees (UNHCR), nearly 51 million people were internally displaced across 33 countries due to conflict and violence in the first six months of 2021. 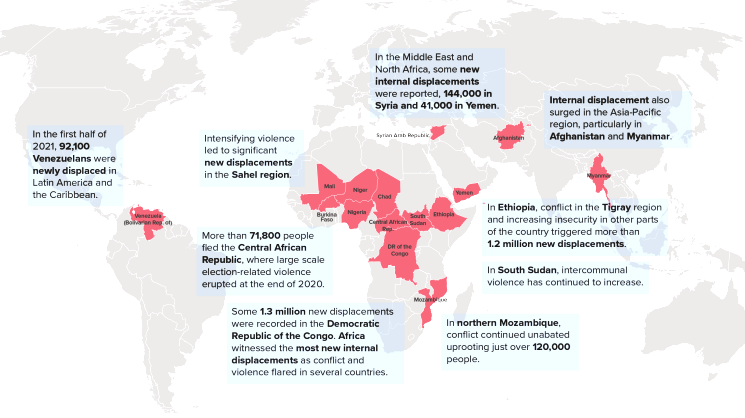