This article is based on the “Thoothukudi to Kanpur: The police are in the dock. Reforms must start with the political system” which was published in The Indian Express on 14/07/2020. It talks about the need for police reform in the criminal justice delivery system.

Recent custodial death of a father and son by police in Tamil Nadu and the death of a gangster (with alleged political connections) in an encounter by Uttar Pradesh police has put a question mark on objectivity and credentials of the police in delivering justice.

Factors responsible for atrocities done by police and criminals evading the criminal justice system range from their political nexus to inefficiency of police.

This can be also reflected in the Vohra Committee report, that highlighted the nexus between the criminals, politicians and government functionaries. It stated that the network of the mafia is virtually running a parallel government, pushing the state apparatus to irrelevance, and suggested that an institution be set up to effectively deal with the menace.

Thus, there is a need to decriminalise politics and bring about a number of reformations in the criminal justice system including the police reforms.

Issues Related to Functioning of Police 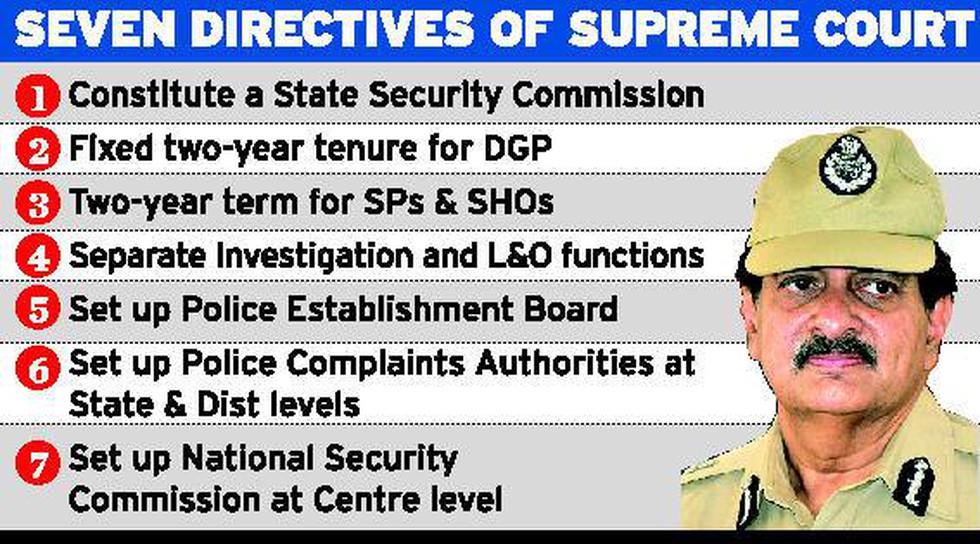 The issues of Police are the manifestation of the limitations of the Indian political and social setup. Thus, there is a need to carry out Police reforms and incentivise police department to adopt best practices. Along with that, without further delay, there is a need to build an environment where police become an instrument of service to the people.

This editorial is based on “Gains from rains: on monsoon performance” published in The Hindu on July 14th, 2020. Now watch this on our Youtube channel.