This article is based on “More than commission to check air pollution” which was published in The Economic Times on 03/11/2020. It talks about the significance and issues related to the newly setup Commission for Air Quality Management (CAQM) in National Capital Region (NCR) and Adjoining Areas.

Air pollution is a serious problem with environmental, public health and economic dimensions. Northern India gets exposed to hazardous levels of air quality almost every year.

Acknowledging this public health hazard, the centre government has promulgated an ordinance. Through this ordinance, the Centre set up a Commission for Air Quality Management (CAQM) in National Capital Region (NCR) and Adjoining Areas.

The commission replaces 22 year old Environment Pollution (Prevention and Control) Authority (EPCA) and envisages to streamline the public participation, the inter-State cooperation, the expert involvement and persistent research and innovation.

CAQM is a statutory mechanism to coordinate and oversee diverse efforts to improve air quality in Delhi, Punjab, Haryana, Rajasthan and UP, with the underlying remedial approach. The establishment of CAQM has the potential to address the problem of air pollution but an institution by itself is not a solution.

Significance of the New Commission

An impediment to improving air quality has been the inability and unwillingness of the authorities, particularly state governments, to address the issues outside of emergency situations or seasonal spikes.

Therefore, while coordination between authorities is, no doubt, a precondition for clearing the air, these have to be founded on policies to bring a holistic plan and enable behavioural changes for farmers to incentivise them to give up stubble burning. 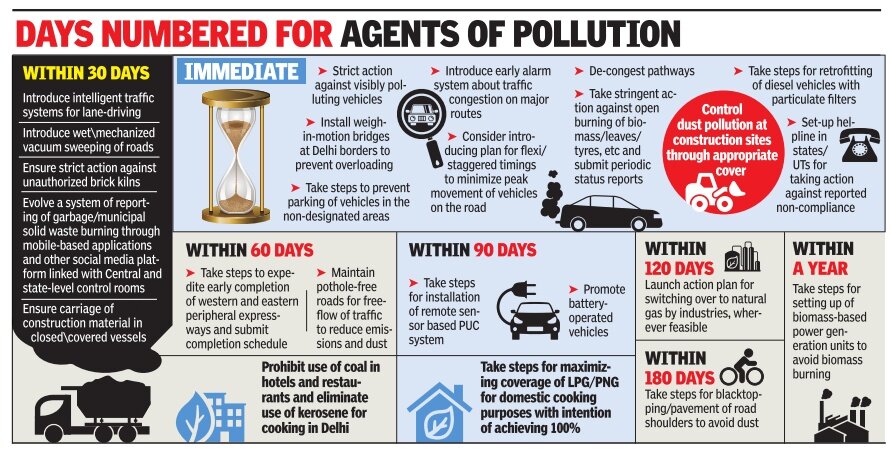 This editorial is based on “End of the tunnel?: On GST revenues” which was published in The Hindu on November 03rd, 2020. Now watch this on our Youtube channel.