The Karez System of Afghanistan is in threat whereas a similar system named Surangam in South India is thriving. 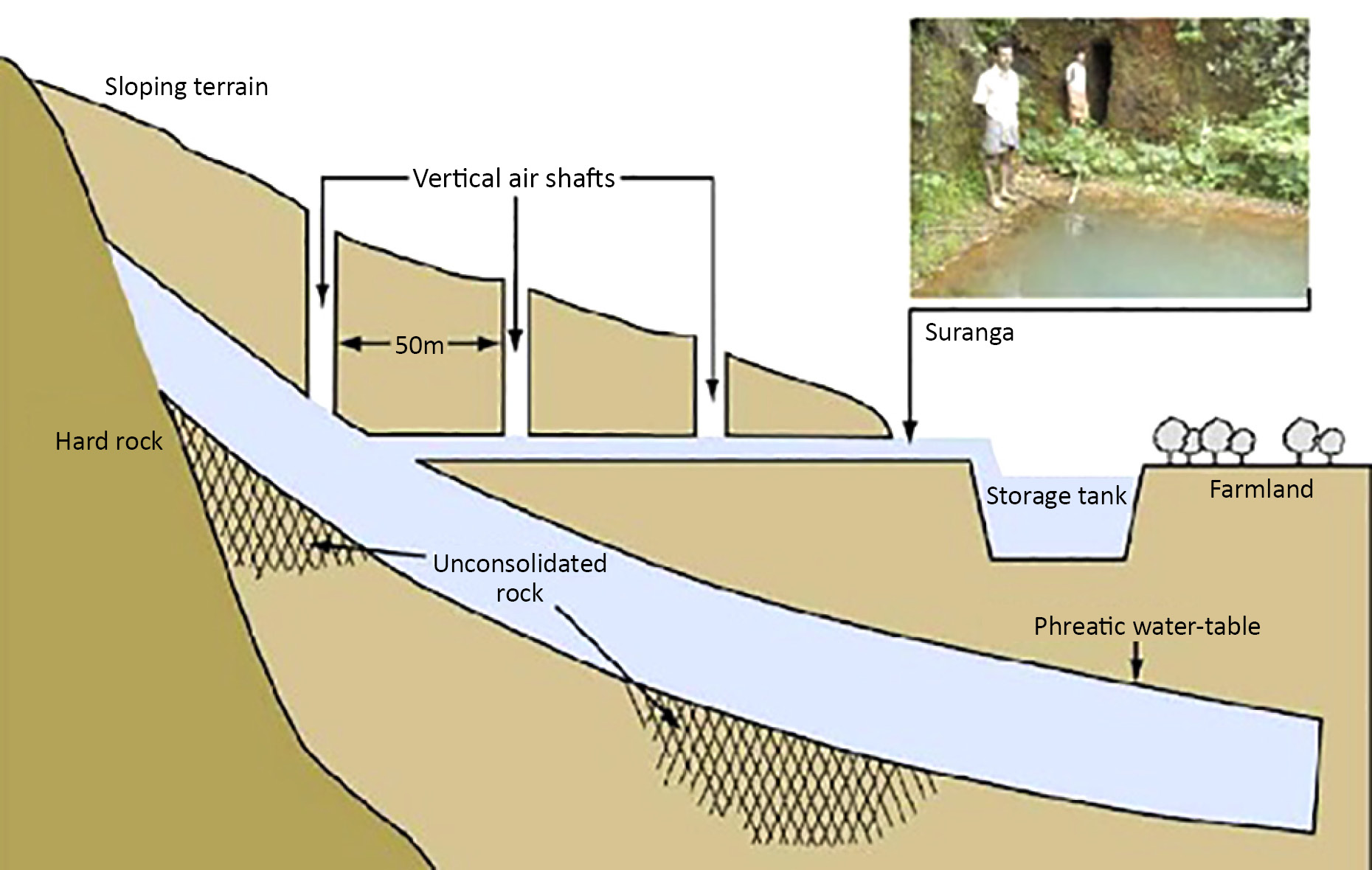