A recently released study by the Lancet Global Health shows that different states in India have different causes for premature deaths in the country. 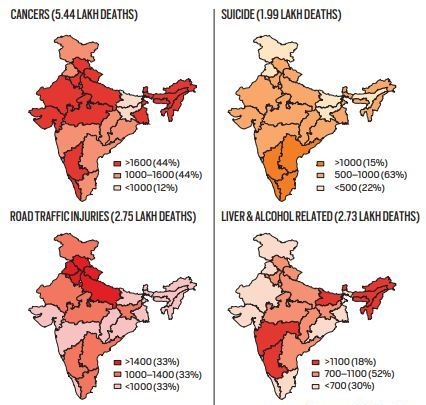