For Mains: AUKUS Alliance, its impact on Indo-Pacific and QUAD grouping, its implications for India.

Recently, Australia, the US and the UK signed an agreement allowing the exchange of sensitive “naval nuclear propulsion information” between their nations. 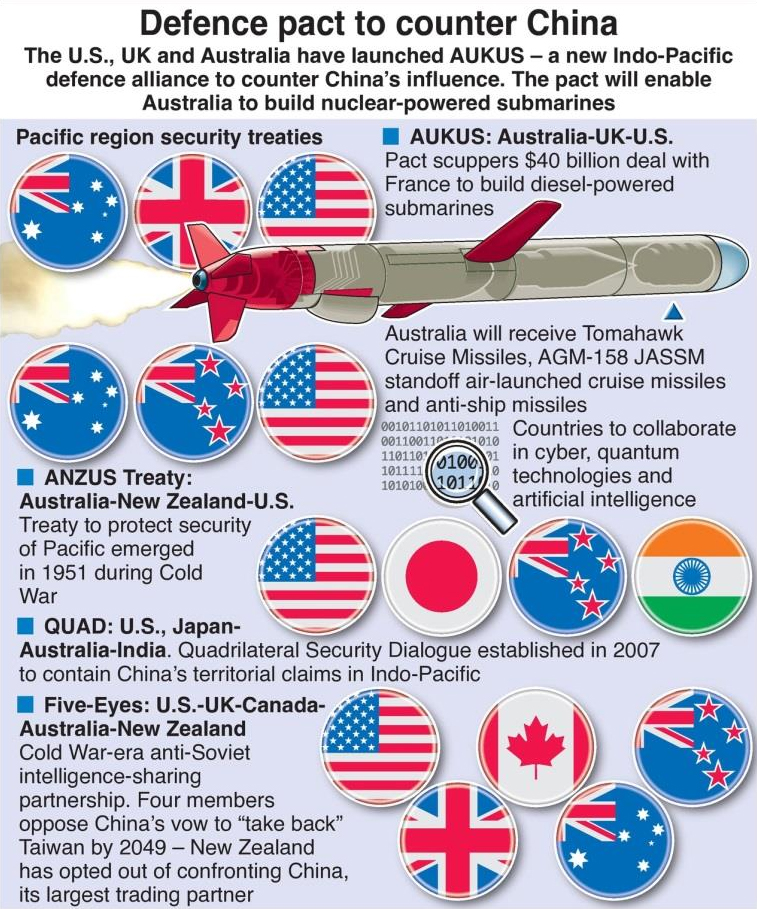