Recently, India has signed an agreement extending a USD 100 million Line of Credit (LOC) to Sri Lanka for projects in the Solar Energy Sector. The LOC is for a period of 20 years, with an interest of 1.75%. 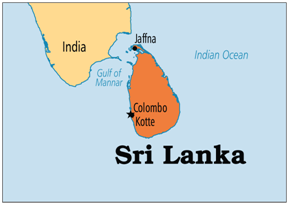