Primatologists have observed that the threat of electrocution and inbreeding is increasing among the Gee’s Golden Langur. 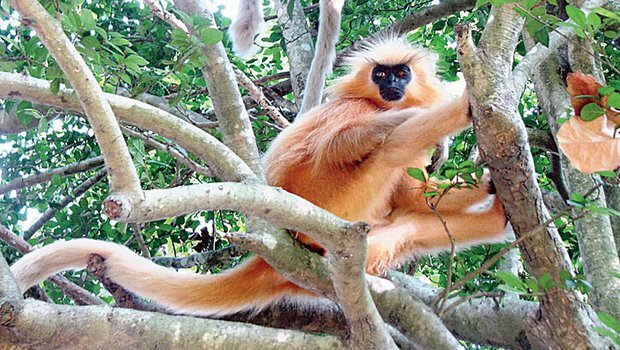