Recently, the Reserve Bank of India (RBI) has put on hold the recommendations from its Internal Working Committee (IWG), that said large corporate and industrial houses may be allowed to promote banks after amendments to the Banking Regulations Act, 1949. 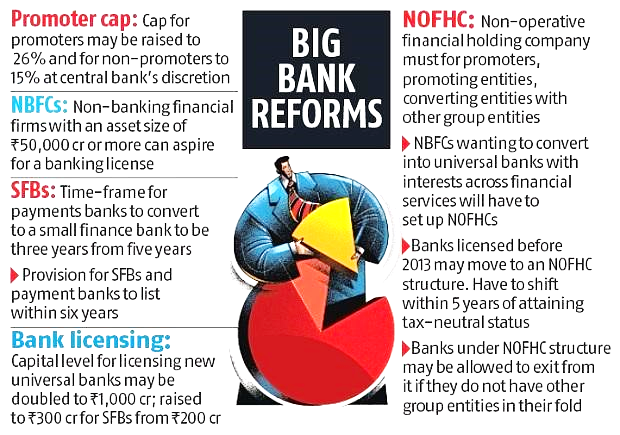