What is Sustainable Development?

Integration of Scientific and Traditional knowledge 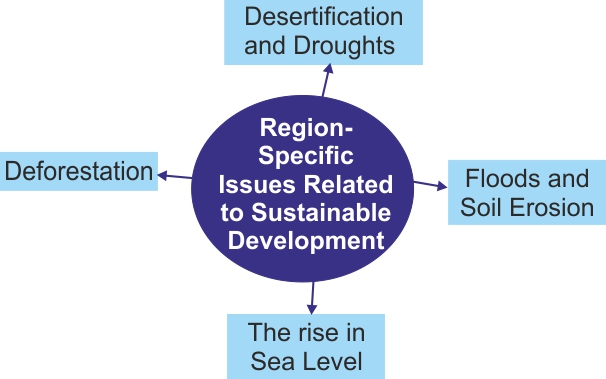 Regional mechanisms are effective means for addressing trans-boundary issues such as atmospheric pollution and pollution of shared rivers and water bodies, which nations are unable to solve on their own. Regional mechanisms involve fewer transactional costs, are less time-taking and have higher chances of success.

A significant initiative towards sustainable development comes directly from the community level. NGOs create linkages between global and local needs and actors. They have played a role in negotiation, monitoring and implementation of environmental law and policy at all levels.

Role of Cooperatives in sustainable development

Progress and Challenges Ahead

Various methodologies have been evolved to monitor the progress of SDGs.