This article is based on “What’s in a NAM?” which was published in The Indian Express on 11/05/2020. It talks about the relevance of the Non-Alignment Movement (NAM) in present times.

Recently, the Prime Minister of India hosted a video conference that addresses a summit of the Non-aligned nations. This is in concurrence of India’s efforts of promoting global cooperation in combating the Covid-19 pandemic.

In the domain of foreign policy, this meeting assumes great significance, given the fact that Indian Prime Minister has skipped the last two NAM summits, at Venezuela in 2016 and Azerbaijan in 2019.

It is argued that the Non-Alignment Movement (NAM) was the product of certain circumstances which have undergone a sea change and thus, have become irrelevant.

However, the Covid-19 pandemic and India renewed interest in NAM, have earmarked the relevance of Non-Alignment Movement (NAM) to pursue effective work programmes at the international level.

Why is NAM criticised?

The Non-Aligned Movement was formed during the Cold War as an organization of States that did not seek to formally align themselves with either the superpowers: the United States or the Soviet Union but sought to remain independent or neutral. It also stands united for the decolonization of European colonies in Asia and Africa.

However, the world order has changed significantly in 21st-century, which has rendered the utility of the NAM doubtful:

The 21st-century world order is significantly different from that of the 20th-century. Though the world has changed, the problems have remained almost the same. In this context, NAM can prove its worth by striving to work for the following contemporary issues:

Restructuring and democratization of the UN

Importance of NAM for India

Support for India’s Candidature in UNSC

Given the relevance of NAM in present times, it remains a critical diplomatic forum for the pursuit of India’s forign policy interests. Therefore India must refrain from treating NAM as a ritual to be performed every three years and start engaging with NAM constructively.

Thus, just like the start of cold war provided the ground for NAM in the 20th century, the Covid-19 pandemic has provided an opportunity for India to lay the foundation of NAM 2.0. In this context, the virtual NAM summit hosted by India is a step in the right direction. 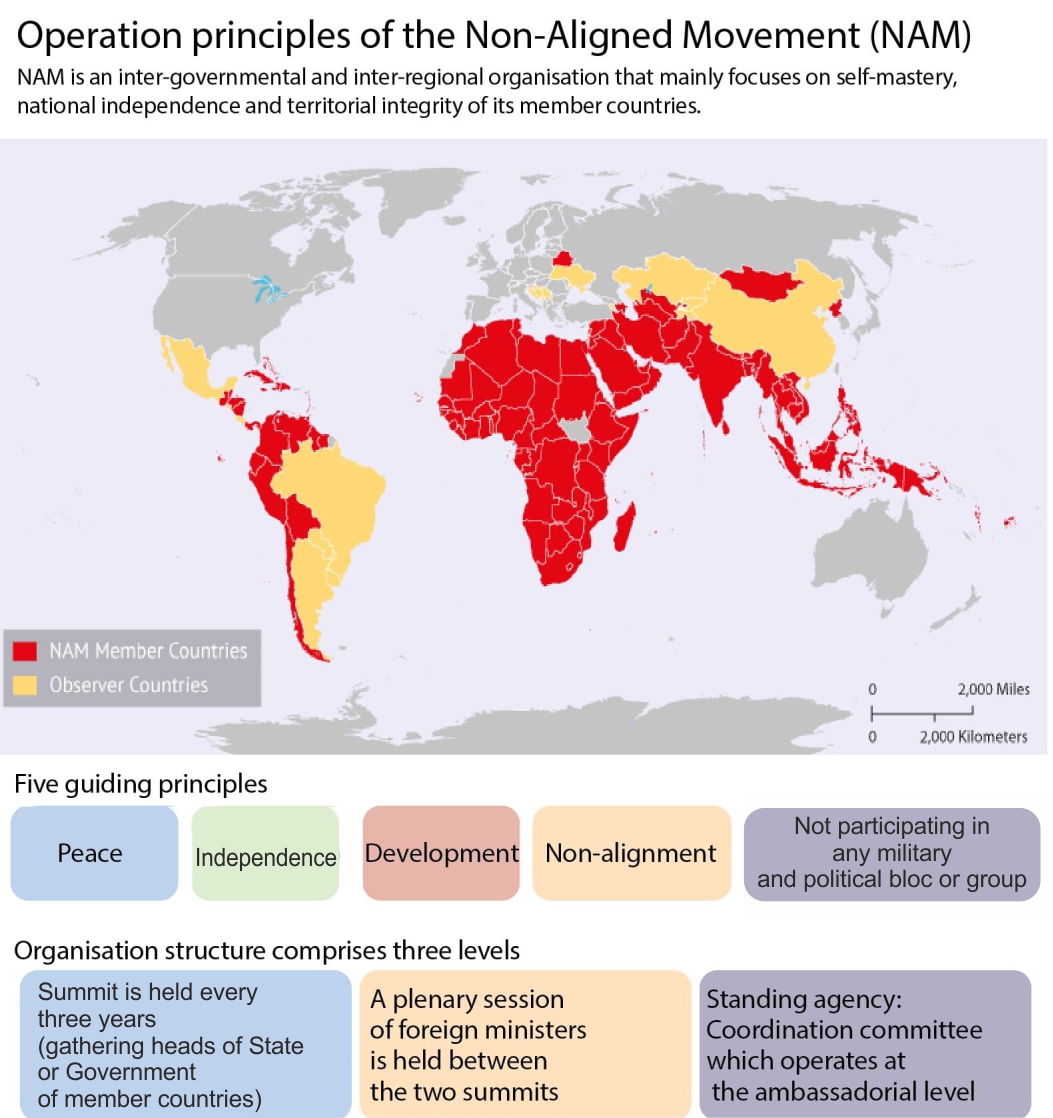 This editorial is based on “Ease Land Markets” which was published in The Times of India on May 12th, 2020. Now watch this on our Youtube Channel.