This article is based on “Thinking of Gandhi Today” which was published in the Economic and Political weekly on 19/09/2020. It talks about the relevance of Gandhism in present times.

2nd October every year is a great day for India as well as for the world. On this day India celebrates the birth anniversary of the father of the nation Mohan Das Karamchand Gandhi and International day for non-violence is observed to pay respect and acceptance to the true spirit of non- violence promoted by Gandhiji throughout his life.

Gandhianism starts with the famous line – ‘ Simple living and high thinking’ and its objective is to transform the individual and society. Therefore, in the turbulent times where the world is grappled with so many problems, it is imperative to strive to inculcate Gandhian philosophy in various facets of life and governance.

Gandhiji’s political contributions offered us Independence but his ideologies enlightened India as well as the world even today after so many years. Every individual, thus, should follow the key Gandhian ideologies in their day to day life for a happy, prosperous, healthy, harmonious and sustainable future. 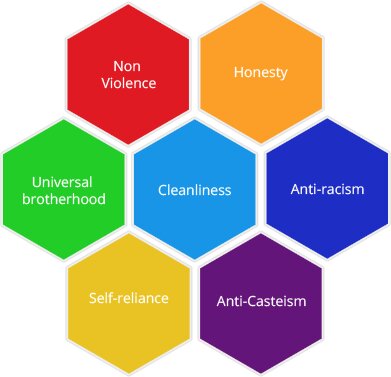 This editorial is based on the “Armenia and Azerbaijan fight over Nagorno-Karabakh again” which was published in The Economist on September 28th, 2020. Now watch this on our Youtube Channel.