This editorial is based on “The world is in flux. Self-reliance is vital” which was published in The Hindustan Times on 13/03/2022. It talks about relevance of Atmanirbhar Bharat Abhiyaan or Self-reliant India campaign in reference to recent developments where a country has to protect itself from all the dangers.

For Mains: Relevance of Atma Nirbhar Bharat Abhiyaan or Self-reliant India campaign in the recent times, the ways to become self-reliant in the modern economic scenarios.

Three contemporary developments have challenged India’s engagement with the world and its security concerns in the past 24 months.

These three international events revitalised and put forth Atmanirbharata (self-reliance) at the centre stage.

What is the Potential of Atmanirbharata (Self-reliance)? 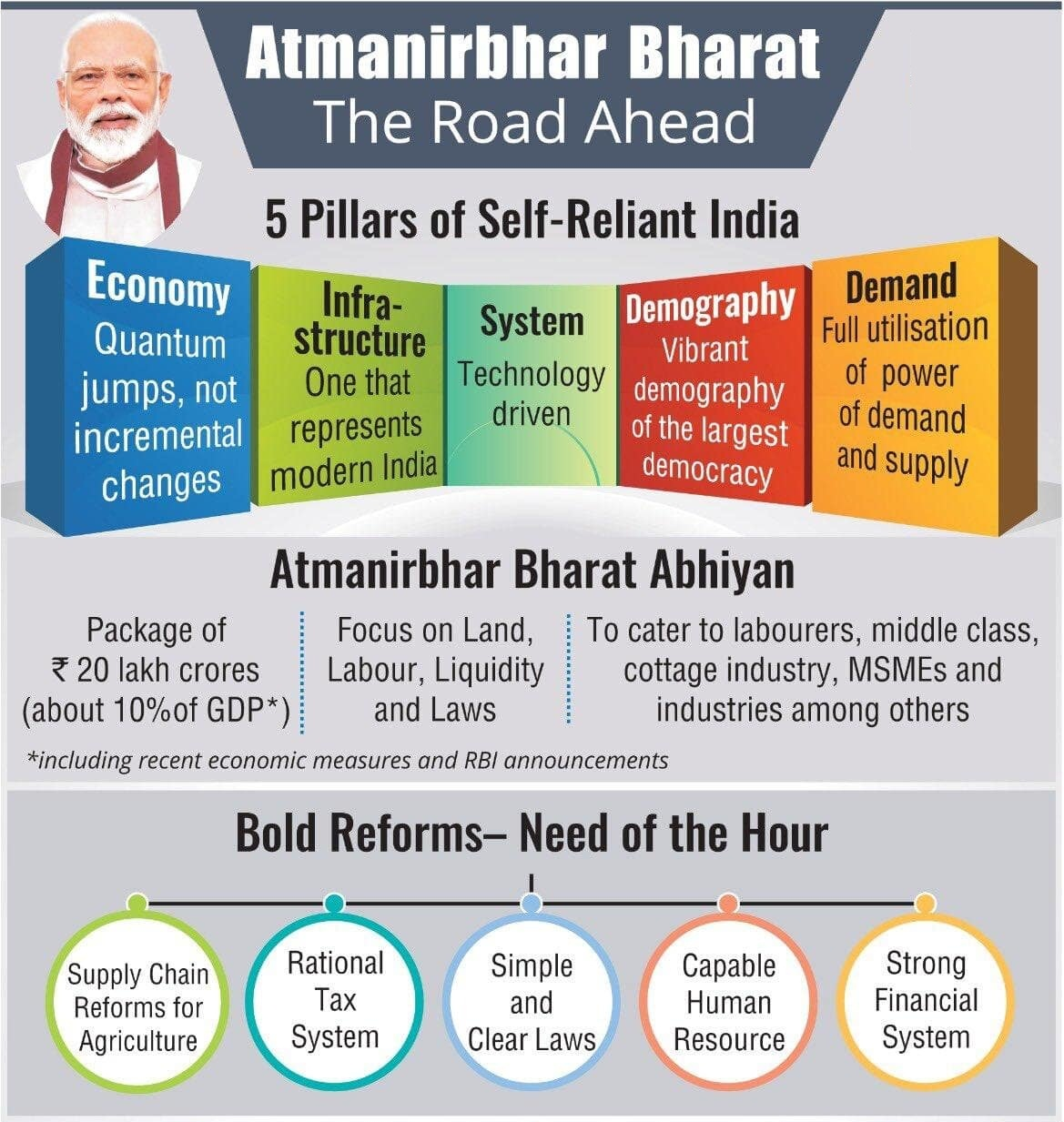 What are the Concerns Raised For Atma Nirbhar Bharat?

What Steps Can Be Taken?

The government’s call for atma nirbharta (self-reliance) has acquired a new salience and ironically, achieving it requires astute global interlinkages and perhaps even more dense global networks for a country that houses a sixth of humanity.

Trusted connectivity, diversified sources of materials and components and resilient financial and trading arrangements are no longer buzzwords but a strategic imperative requiring all of India’s consensus, including within its business community, lawmakers and all stakeholders.

Q. With reference to India’s Five-Year Plans, which of the following statements is/are correct?