This editorial is based on “Why the anti-defection law has failed to deliver” which was published in The Hindustan Times on 30/7/2020. It talks about the reasons for the ineffectiveness of Anti-Defection Law.

Recent events in Rajasthan, whereby MLAs violating party’s whip or joining another political party, with an aim to topple an elected government by depriving it of its majority have brought renewed focus on the efficacy of Anti-defection law.

This ongoing political crisis in Rajasthan is neither new nor uncommon, as the “switching of sides” by elected representatives has been increasingly frequent in recent months. The political defections in Karnataka, Madhya Pradesh, Goa and Manipur which amounted to undermining of democratic values.

Given the context, it has become necessary to figure out the reasons that affect the Anti-defection law to act an effective check on the incidences of defection.

Menace of Defection in India is among many issues that affect the process of a free and fair election in India, such as the legally-sanctioned influence of big money in politics, Criminalisation of politics. 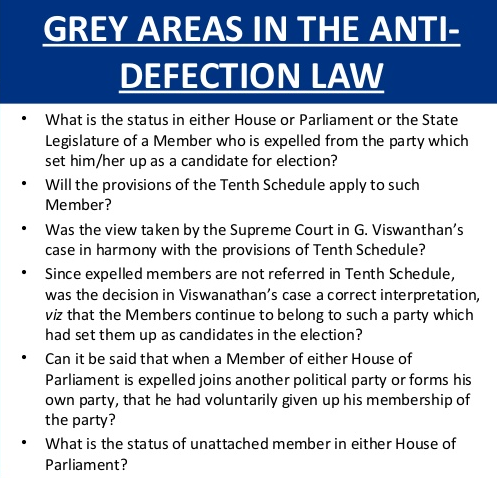 This editorial is based on “The Cost of Haste” which was published in The Hindu on July 29th, 2020. Now watch this on our Youtube channel.