This article is based upon “A Carbon Policy for the Farm” which was published in the Indian Express on 11/10/2021. It talks about India’s contribution to climate change and how it can prevent further damage by bringing a change in its agricultural regime.

The Sixth Assessment Report by the Intergovernmental Panel on Climate Change (IPCC) has issued a “code red” to humanity declaring 1.5°C warming of the planet as inevitable.

Although environmental health is being given importance globally, the pace of recovery is not as fast as the pace of degradation.

In India’s context, the agriculture and allied sector is the third largest emitter of greenhouse gas after energy and manufacturing sectors.

Being extensively dependent on the sector, India needs to bring certain changes in its agriculture regime and introduce carbon-efficient methods of farming and livestock management. 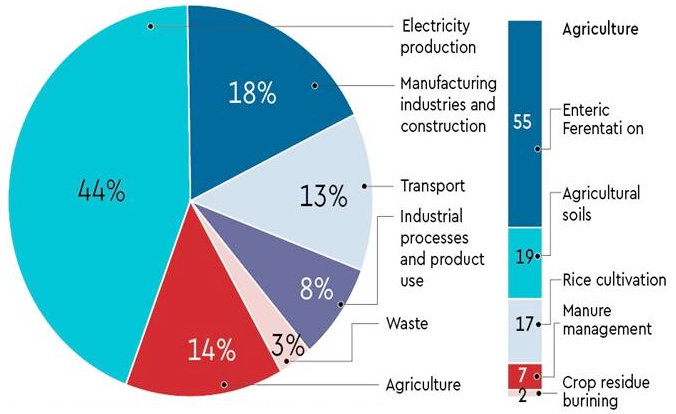