This article is based on “A 1991 moment for agriculture” which was published in The Indian Express on 18/05/2020. It talks about three agricultural reforms that the government intends to bring as part of Atma Nirbhar Bharat plan.

In order to revive the Indian economy, the Centre government has announced the Atma Nirbhar Bharat Abhiyan. As a part of it, the plan also focuses on bringing farm sector reforms.

It includes the announcement of Rs 1-lakh crore fund to finance agriculture infrastructure projects at the farm gate and produce aggregation points. Also, Rs 500 crore has been allocated to extended Operation Greens which comprises Tomatoes, Onion and Potatoes (TOP) to ALL fruits and vegetables (TOTAL).

Apart from it, the government has also shown the intention to usher in agricultural marketing reforms. These reforms relate to amending the Essential Commodities Act (ECA), 1955, bringing a Central legislation to allow farmers to sell their products to anyone, outside the APMC mandi yard and creating a legal framework for contract farming.

These reforms are long overdue and if implemented, can go a long way in building efficient value chains and ensuring better returns for farmers.

Despite significant progress in food security, the farmers’ income remains subdued owing to the infrastructure deficit in agricultural supply chains. This combined with the nature of agricultural marketing laws in India, farmers suffer more in marketing their products than during the production process.

Effects of These Reforms

There are many existing laws like Model Agricultural Produce and Livestock Marketing (promotion and facilitation) Act, 2017, electronic national agriculture market (eNAM), Model Contract Farming Act, 2018 and Model Agriculture Land Leasing Act, 2016, which seeks to address the many problems, as intended by current reforms.

However, agriculture being a state subject, hinders the materialisation of these reforms on the ground. Therefore, in order to make India’s farmer truly Atmanirbar (self-reliant), there is a need to follow the ethos of cooperative federalism. 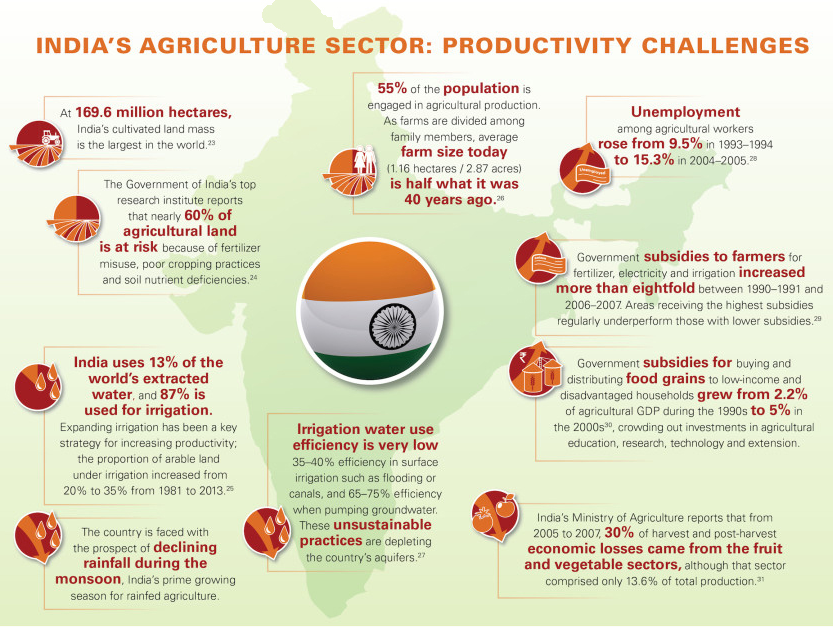 This editorial is based on “The Taiwan Question” which was published in The Indian Express on May 18th, 2020. Now watch this on our Youtube channel