This article is based on “Aarogya Setu is open to state abuse” which was published on The Hindu Business Line on 16/05/2020. It talks about the various issues pertaining to Aarogya Setu App.

Arogya Setu app is based on the idea of ‘technological solutionism’ (technology providing an impartial solution to complex social problems).

However, concerns over the Aarogya Setu App were raised when a French 'ethical hacker' claimed to have access to the users' data and highlighted security bugs within the app which could have privacy ramifications.

Issues Pertaining to the App

Technology can help us to be safe, but it must not infringe people’s right to privacy. In this context, India must seriously contemplate legislation (which incorporates the principles of data protection as highlighted by BN Srikrishna committee) around the app, which strikes a balance between disease containment and privacy. 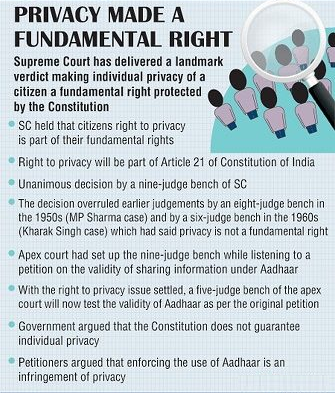 This editorial is based on “Freeing The Farm” which was published in The Indian Express on May 16th, 2020. Now watch this on our Youtube channel.