Every year, on 31st May, the World Health Organization (WHO) and global partners celebrate World No Tobacco Day (WNTD). The annual campaign is an opportunity to raise awareness on the harmful and deadly effects of tobacco use and second-hand smoke exposure, and to discourage the use of tobacco in any form.

The focus of World No Tobacco Day 2019 is on "Tobacco and Lung Health." The campaign will increase awareness on:

In addition to gas exchange, respiratory system performs other roles important to breathing. These include:

Disease caused by tobacco use

Tobacco smoke is made up of thousands of chemicals, including at least 70 known to cause cancer.

Some of the chemicals found in tobacco smoke include:

WHO award for Rajasthan Health Department in tobacco check

The World Health Organization has selected the Rajasthan government’s Medical & Health Department for its award this year in recognition of its achievements in the field of tobacco control.

The Medical & Health Department launched several campaigns against tobacco consumption at places such as schools, colleges, police stations and government offices during 2018-19.

Status of tobacco uses in India 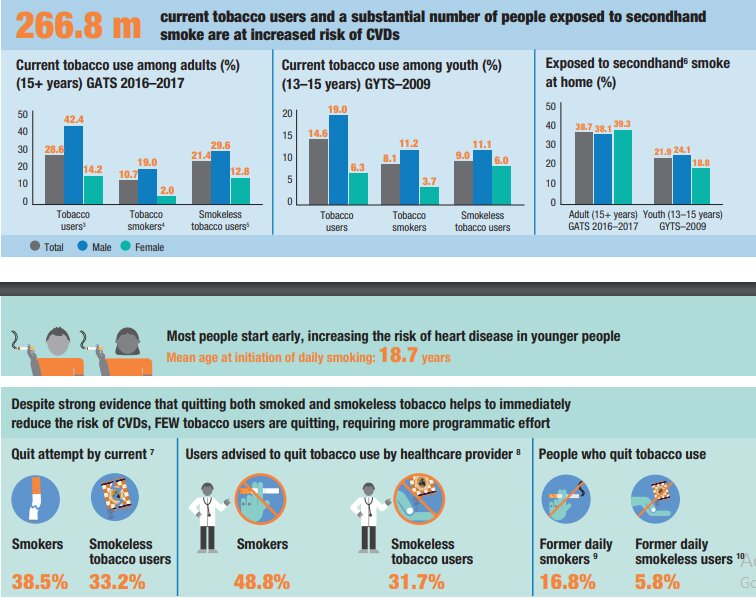