The Department of Commerce, under the Union Ministry of Commerce and Industry, has approved financial assistance for three trade promotion centres under the TIES. 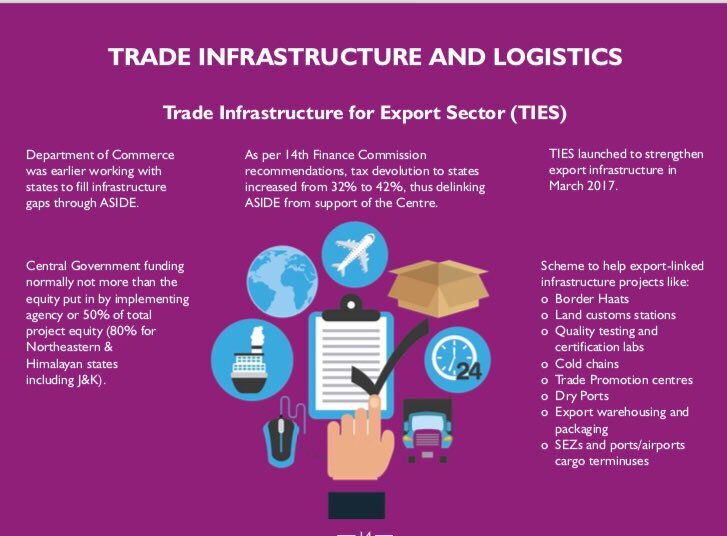