Recently, some tribals have intensified their protest against the Par-Tapi-Narmada river linking project after it was mentioned in the budget speech (2022-23) of the finance minister. 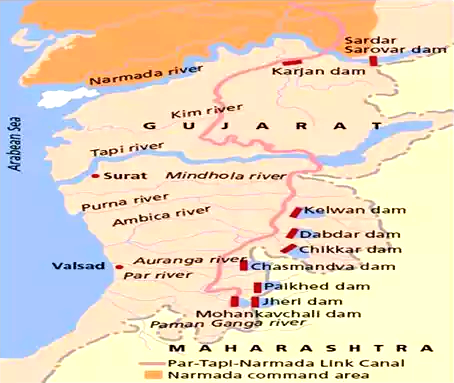 What is the Par-Tapi-Narmada River Linking Project?

What will be the Benefits of the Project?

What do we know about Narmada River?

What do we know about the Tapi River?

What do we know about the Par River?

Recently, linking of which of the following rivers was undertaken? (2016)

What is the Inter-Linking of Rivers Programme?

The Narmada river flows to the west, while most other large peninsular rivers flow to the east. Why? (2013)