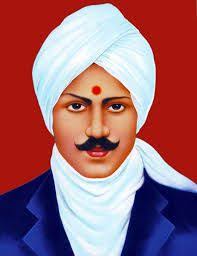 The Prime Minister of India paid tribute to poet-reformer Subramania Bharathi on his 137th birth anniversary, describing him as a symbol of patriotism.