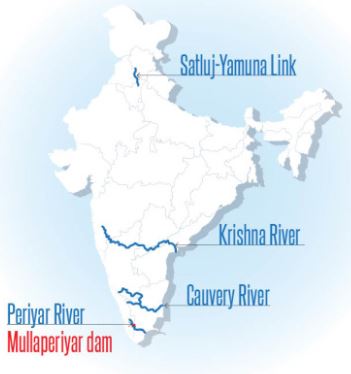 The Ministry of Jal Shakti has constituted a three-member Supervisory Committee to settle the issue of Mullaperiyar dam between Kerala and Tamil Nadu.