Only 30% of the funds released under the Poshan Abhiyaan have been utilised by the State governments and the Union Territories since it was launched in 2018. 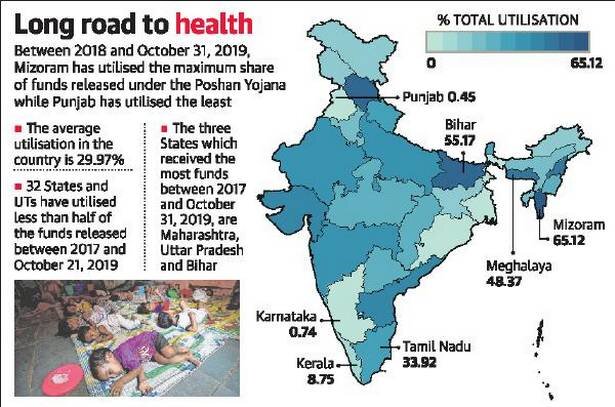