Lack of Anganwadis in Urban Areas

Recently, the government’s response to a Right to Information (RTI) query has revealed that for every 100 anganwadi beneficiaries in the country, only 7 are in urban areas. 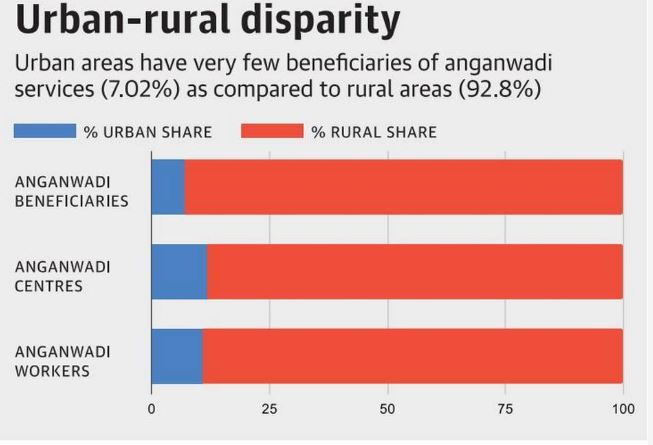