Recently, the government of India reprimanded Twitter (micro-blogging website) for not complying with its order to block more than a thousand accounts for alleged spread of provocative content and misinformation on the farmers’ protest. 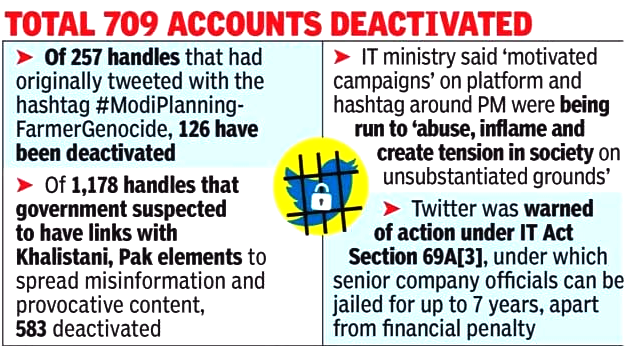