According to the UN Environment Programme (UNEP), 60% of human infectious diseases originate from animals. 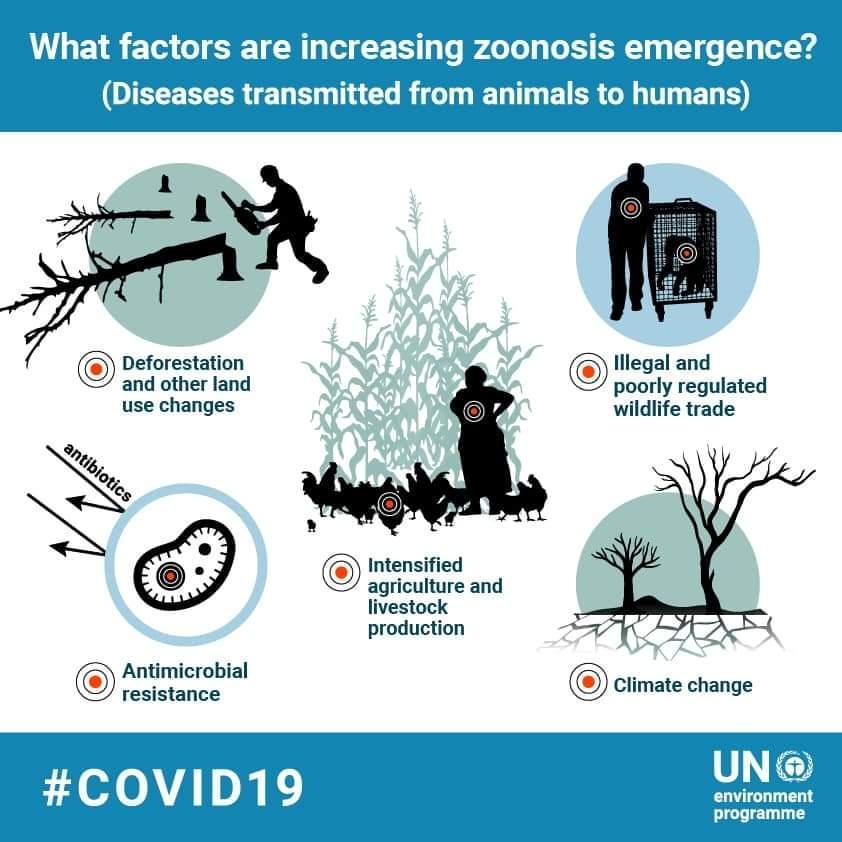