Recently, the Union Finance Minister announced the measures for providing employment and support to businesses, state governments as well sectors such as education and health as part of the fifth and final tranche of Atmanirbhar Bharat Abhiyan. 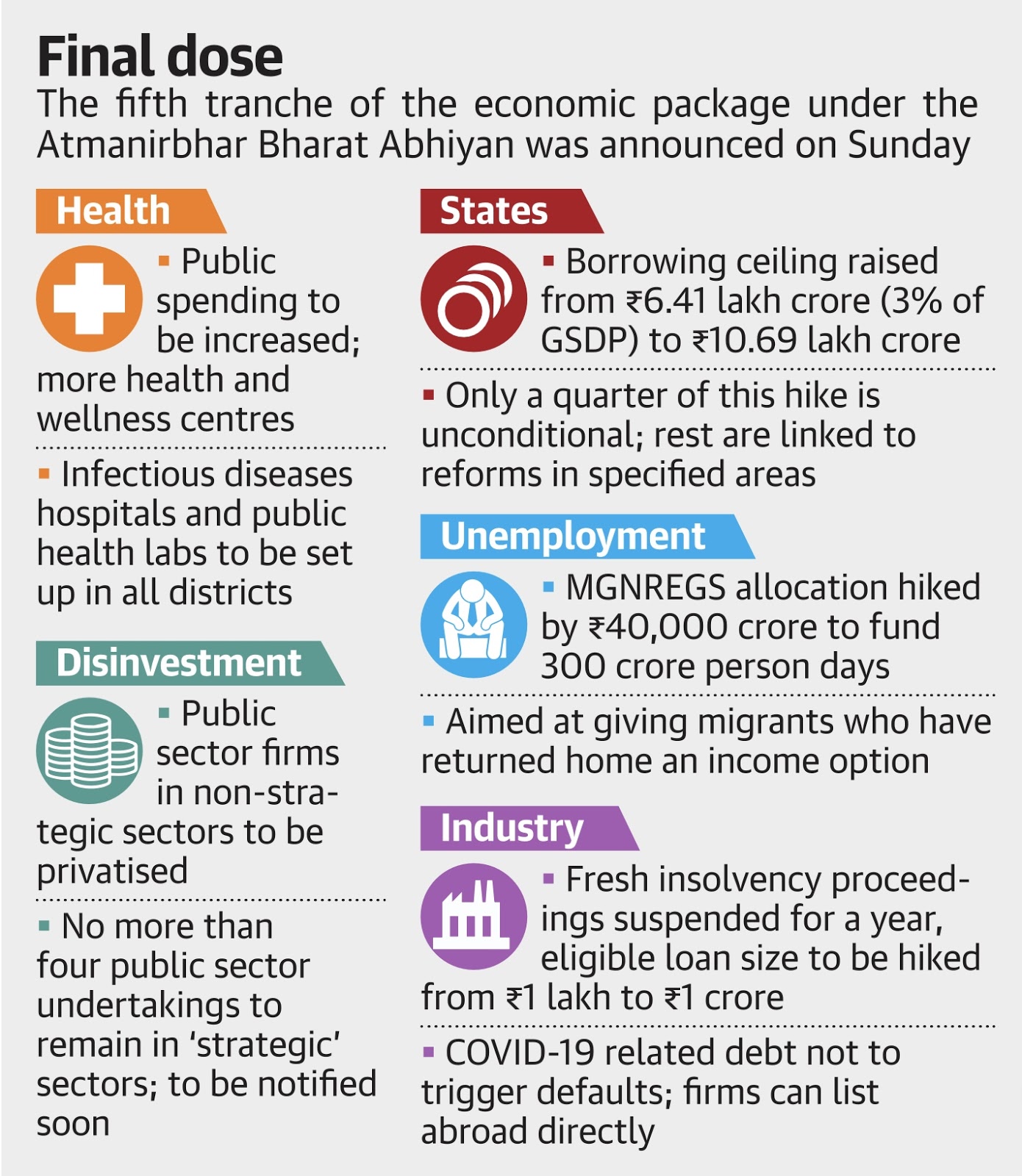