Recently, as many States have failed to send in their feedback on a Model Bill on Conclusive Land Titling , the Centre has warned that their agreement would be presumed. The Bill was prepared by the NITI Aayog. 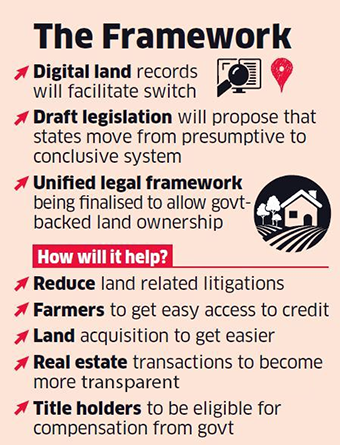