For Prelims: Chakmas and Hajongs Community

For Mains: Challenges faced by Chakmas and Hajongs communities and ways to address them, Laws, Institutions and Bodies constituted for the Protection and Betterment of these Vulnerable Sections.

Recently, the National Human Rights Commission (NHRC) in its order directed Ministry of Home Affairs and Arunachal Pradesh to submit action taken report within six weeks against alledged racial profiling and relocation of the Chakmas and Hajongs from the State. 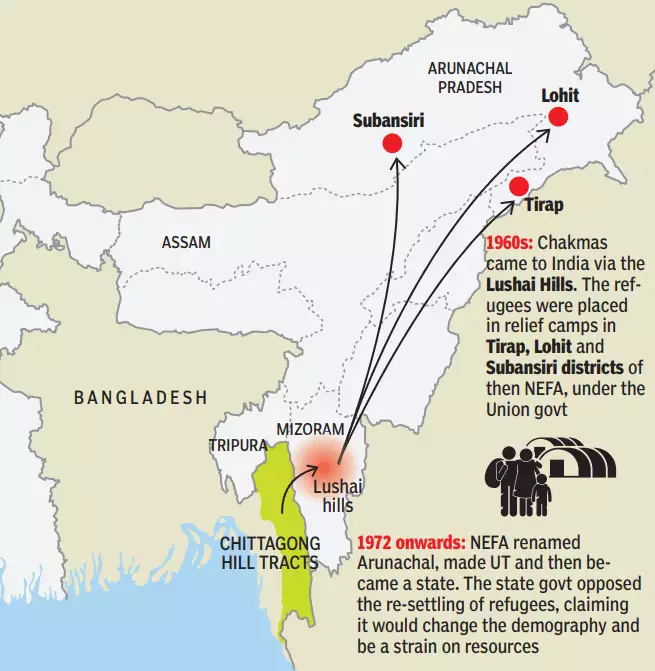