Recently, the Union Government has entered into a Ceasefire Agreement with the National Socialist Council of Nagaland (K) Niki Group for a period of one year. 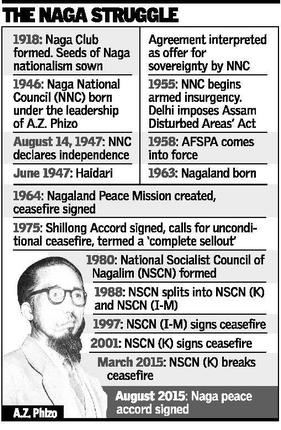