The Big Picture - Operation Clean up

In the run-up to the 2019 general elections, unlike in 2014, the issue of corruption took a back seat; it was overshadowed by the issue of national security. But over the last few months several steps were taken to clean up the system.

Meanwhile, the government of Uttar Pradesh cracked the whip on 600 government officials of which 200 were forced to go on voluntary retirement and 400 others got strict punitive action in the form of adverse entries in a confidential report. This was the biggest ever action against corruption by any state government.

Steps Taken by the Government

Amendments made in the Prevention of Corruption Act 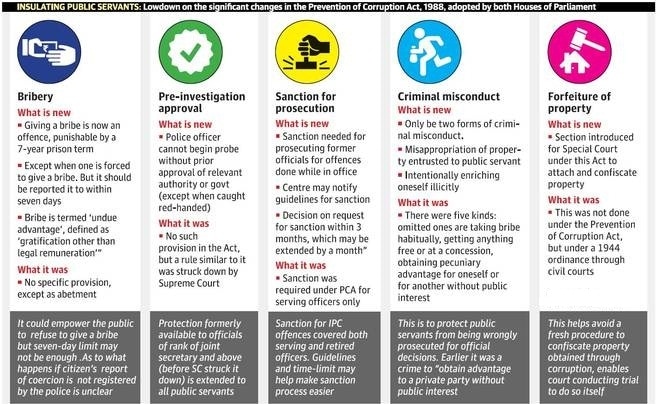